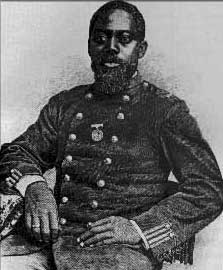 Sergeant William Harvey Carney was the first African American to be awarded the Congressional Medal of Honor.  He was born a slave in Norfolk, Virginia, but escaped to Massachusetts like his father through the Underground Railroad. His family later followed through the Underground Railroad as well. The free and reunited family settled in New Bedford in the second half of the 1850s. Young William learned to read and write, and by age 15 he was interested in becoming a minister. But, later gave up his pursuit of the ministry to join the Army

This article appears in its entirety at Black Then website. It can be read here.