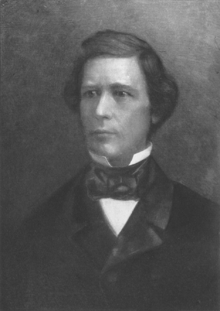 Debate over the Wilmot Proviso inflamed North-South divisions ahead of the Civil War.

As the United States grew and expanded into new territories throughout the early to mid-19th century, divisions also deepened. At the heart of those divisions lay the issue of slavery. In 1846, a Pennsylvania representative named David Wilmot proposed legislation intended to bar slavery’s expansion into the lands acquired after the Mexican-American War.

The Wilmot Proviso failed to pass—and debate over the proposal exacerbated North-South tensions. “It is part of a larger, broader discussion about the future of slavery,” says Dr. Miller W. Boyd III, a historian, teacher and lecturer in St. Louis, Missouri. “It is one small link in a long chain going towards the Civil War.”

Slavery emerged as a hotly contested issue between the North and the South in large part because different economic realities prevailed in the different regions. The North’s economy was focused more on industry and manufacturing, while crops like tobacco and cotton were big money-makers for white Southerners.

This article appears in its entirety at History.com. It can be read here.