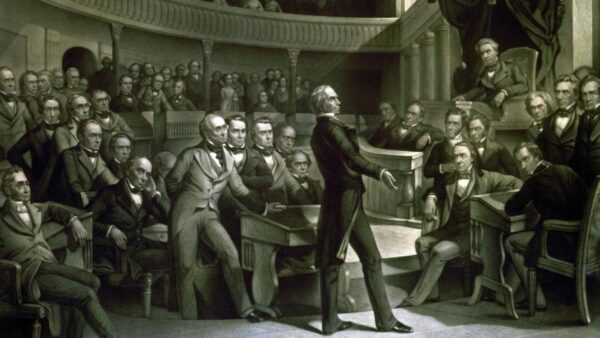 When Peter Burnett took the podium in Sacramento in 1849, he faced a group of men like him—pioneers determined to take California from an upstart territory to a full-fledged state. He had been elected California’s first governor just a day before, and as he addressed his fellow legislators, he brought up one of the most explosive issues of his time: the place of black people in the future state.

California had decided to ban slavery after a heated debate, but Burnett’s vision didn’t include black residents at all. “It could be no favor, and no kindness, to permit [free blacks] to settle in the State,” he said, “while it would be a most serious injury to us….Had they been born here, and had acquired rights in consequence, I should not recommend any measures to expel them…the object is to keep them out.”

Burnett wasn’t alone in his vision of a California that banned black people. Throughout the 1840s and 1850s, California citizens and legislators fought to ensure that free black people would be prohibited from immigrating to or living in California. And though their efforts eventually failed, they reflected the fear and racism faced by black people in the American West.

This article appears in its entirety at History.com website. It can be read here.