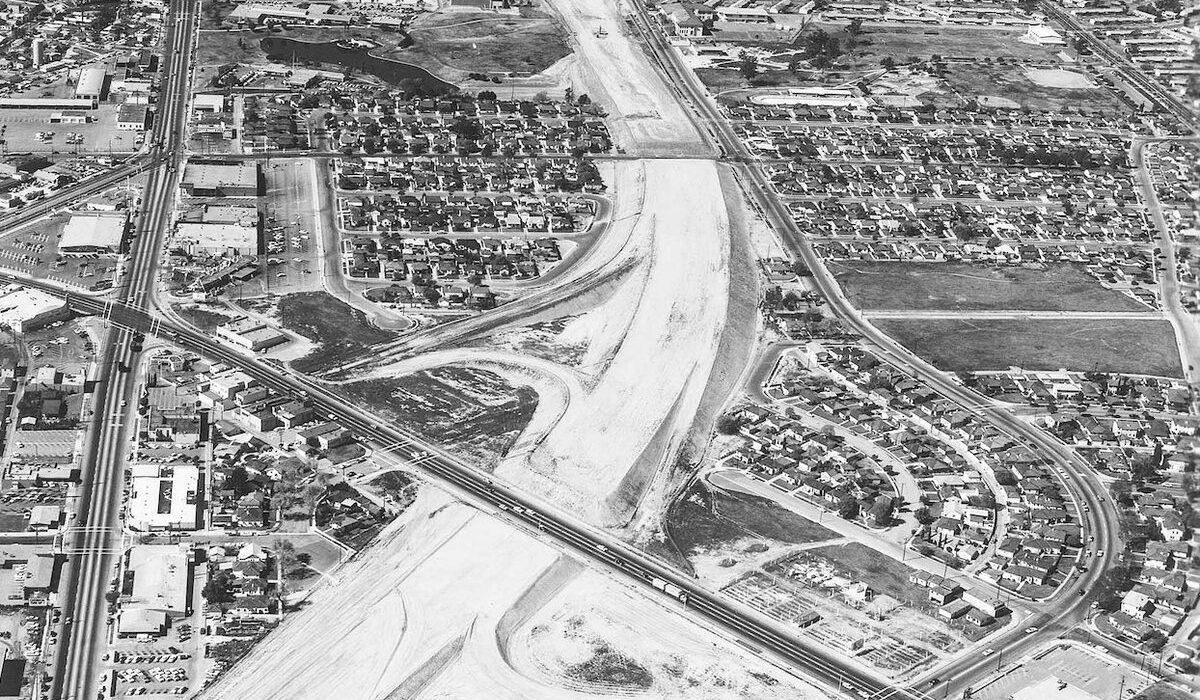 When President Eisenhower created the U.S. Interstate Highway System in 1956, transportation planners tore through the nation’s urban areas with freeways that, through intention and indifference, carved up Black communities. Overall, within the first two decades of highway construction alone, more than 1 million people had lost their homes nationwide.

In Nashville, civic officials added a curve to Interstate 40 in 1967 to avoid a white community in favor of knocking down hundreds of homes and businesses in a prominent Black neighborhood. Highway planners in Birmingham, Ala., did the same thing when routing Interstate 59.

After Ku Klux Klan leaders and others destroyed the Greenwood neighborhood of Tulsa, Okla., a century ago in the nation’s deadliest race massacre, residents quickly rebuilt the commercial area renowned as “Black Wall Street.” But the neighborhood was demolished for good when Interstate 244 and U.S. 75 were built through its center in 1971.

At multiple points, the east-west path of Interstate 10 through Los Angeles County gobbled up distinct Black and Latino neighborhoods.

In Boyle Heights, freeways including the 135-acre East Los Angeles interchange — one of the busiest in the country, where Interstates 5 and 10, U.S. 101 and State Route 60 all meet — pushed out at least 10,000 people in what was a Mexican and multiethnic community in the 1950s and ‘60s. In South Los Angeles, a well-off Black area called Sugar Hill was bulldozed. Then, to build Interstate 10’s terminus by the Pacific Ocean in Santa Monica, engineers leveled the Pico neighborhood, forcing the city’s pockets of Black, Mexican and Japanese residents to leave.

All this occurred not only because of explicitly racist decision-making, but also because of how race influenced the nation’s housing and economic policy at the time, said Eric Avila, a history and Chicano studies professor at UCLA and author of multiple books on urban freeways.

This article appears in its entirety at The Los Angeles Times news paper website. It can be read here.