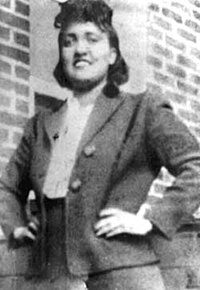 In the past century, Henrietta Lacks has, arguably, done more to advance medicine than any other person. She played a material role in the development of polio vaccines, cancer treatments, HPV vaccines, and mapping the human genome. This young Black woman died from cervical cancer in 1951. It was cells taken during her cancer treatment that became one of the most powerful research tools ever, but she did not know about or give permission for their retrieval. What can we learn from such wrongs committed in the name of science?

In January 1951, a few months after giving birth to her fifth child, Henrietta Lacks, a 30-year-old Black woman, became concerned about a lump on her cervixTrusted Source. This, and unexplained vaginal bleeding, led her to seek medical attention.

She went to Johns Hopkins in Baltimore, the only hospital in the area that would provide treatment to Black people at that time.

Doctors there diagnosed a particularly aggressive form of cervical cancer. She did not tell her husband or family, informing them only that she had to go to the doctor for medicine.

The standard treatment at the time was radium therapy. During her first treatment, under sedation, the surgeon took a tissue sample from her tumor. He passed this on to the head of tissue culture research at Johns Hopkins, Dr. George Otto GeyTrusted Source.

“When Henrietta Lacks sought care at Johns Hopkins University — one of the few segregated hospitals to serve Black patients in Baltimore, MD, at the time — a biopsy of her cervical cells was extracted to diagnose her cervical cancer. The original doctor did not keep her sample for his own research but immediately shared it broadly with the larger scientific community. In 1951, the informed consent process as we now know it did not exist to protect patient privacy, rights or govern scientific and clinical research.”

This article appears in its entirety at Medical News today website. It can be read here.