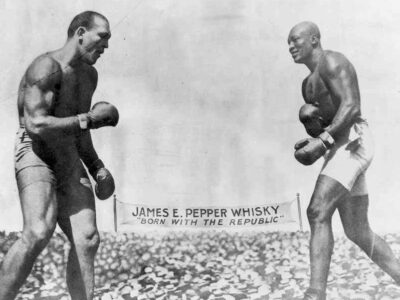 An audacious Black heavyweight champion was slated to defend his title against a white boxer in Reno, Nevada, on July 4, 1910. It was billed as “the fight of the century.”

The fight was seen as a referendum on racial superiority – and all hell was about to break loose in the racially divided United States.

Johnson’s victory, in the manliest of sports, contradicted claims of racial supremacy by whites and demonstrated that Blacks were no longer willing to acquiesce to white dominance. Whites were not willing to give up their power. The story has a familiar ring today, as America remains a country deeply divided by race.

This article appears in its entirety at the website The Conversation. It can be read here.