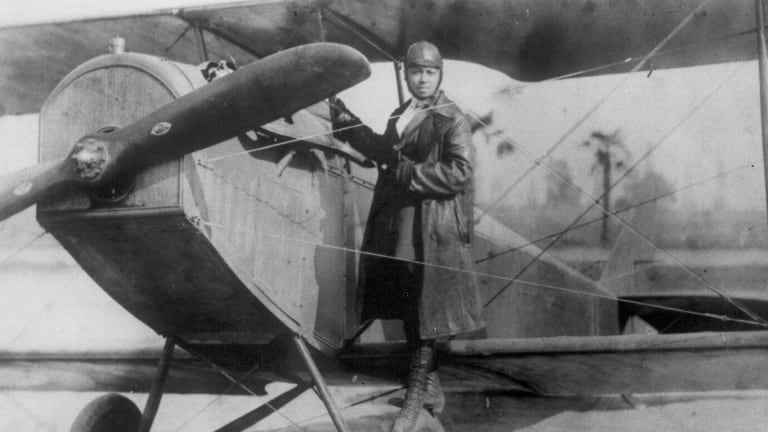 Despite fierce obstacles in her path, the Black female aviator became a hero that would pave the way for generations to come by David Kindy Correspondent

Once again, Bessie Coleman—the first Black woman to earn a pilot’s license just over a century ago, on June 15, 1921—experienced the exhilaration of soaring through the skies. Having battled gender bias and racism in the U.S., where no flight school would accept her, she had learned to speak French, traveled to France and earned an international certification to fly an aircraft.

As a daring pilot in the early years of aviation, Coleman made many acrobatic flights during her barnstorming trips across America, sometimes parachuting from her plane to the awe of audiences. She was also a force of nature. In an era of Jim Crow laws that enforced racial segregation, she was determined to succeed and make her dreams a reality. When told she couldn’t do something, “Queen Bess” or “Brave Bessie”—as she was known to her fans—dug in her stylish heels and made it happen.

“I refused to take no for an answer,” she would say.

“Bessie was a real gutsy woman for the era,” says Dorothy Cochrane, a curator at the Smithsonian’s National Air and Space Museum, where a collection of photographs and archival materials documents the life of the aviator. “She figured out what she wanted to do and kept at it. It was not easy. Anyone else might have quit at any time.”

Born January 26, 1892 in Atlanta, Texas, Coleman was one of 13 children born to Susan and George Coleman. Her father had Cherokee grandparents. Picking cotton alongside her parents, earning a living as hardscrabble sharecroppers, she was determined to succeed in life despite the odds stacked against her. In the process, this daring aviator and civil-rights pioneer inspired generations of women to soar—both literally and figuratively. 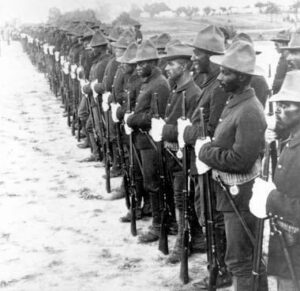 Next post The Proud Legacy of the Buffalo Soldiers